The first series added is Series 7 the Shoulder Series. In this Series we’ll uncover some of the insights Harbert has had about moving the mace over your shoulders. You’ll learn even more variations of 360s and Uppercuts. This will make your knowledge of where your mace is moving to complete and will solidify your swings.

Series 8 the Dual Wield Series will take you on a new adventure. It single exercises from the first 6 series, but adds a new component. You will now be able to perform these exercises with two maces at the same time! I know, it sounds scary, dangerous and way too difficult. However, just like in the prior series all the swings are broken down into digestible steps and this will make you strong and brave enough to start working with two maces. I’m a 100% certain of that and very excited to share these steps with you.

The last series, series 9, offers a Final Flow Series in which you will get an idea as to how to combine different exercises and techniques you’ve learned in the first 6 series. It offers 8 complete flows dissected into two parts for you to make it easier to learn them. To learn the flows comprehensively we’ve added workout suggestions to the series for you to get solid physical workout of the program, but also to really embody the flows. Similar to the 6 Week Workout Program. Once you’ve mastered the Final Flow Series, you are ready to create your own flows from the content you’ve learned through the complete Masterclass.

What Others Have Said

Opening the door to the unthinkable!

The Masterclass series 1-6 were totally transformative. Since I started the first series, putting down my mace has been a daily struggle. The series opened the door to endless possibilities. What was first deemed unattainable was now accessible and possible. Daily training sessions ceased to be workouts and transformed into mental and physical discoveries where time ceased to exist. I have started the series 7-9 a few months ago. I am about halfway through. The shoulder series (7) is absolutely amazing. Not only it is pushing the limits of flowing to a whole new level, but I also found that it is helping me a great deal solidifying what I have learned in previous series. Then… the unthinkable, the dual wield series (8). I have seen a few videos of people flowing with two maces. Most were from Harbert. I always believed that this was out of my league, something very impressive but not accessible to mere mortals. However, Harbert decomposes the unthinkable into small steps, making it totally possible. I am about halfway through the dual wield series. I also purchased a pair of Indian clubs to help me exploring asynchronism moves. This has helped a great deal. There is no doubt in my mind that I will soon complete this series! I also started the series (9), it is also great, allowing to consolidate everything from all the previous series and providing new ideas. Thus far, the series 1-6 and now 7-9 have been nothing short of amazing discoveries with the best teaching that I could have hoped for.

Not suitable for weak minds

“3 series, I will probably end up in a week!” - my past me said. Ha! 😅 coach Harbert knows how to really fry your CNS. A lot of practice ahead of me, but as always outstanding material and new ways to see mace practice. 100% recommended for those who love to challenge themselves.

The next step in your mace journey!

This program is excellent for those looking to continue their mace journey. The instruction is detailed and easy to follow. There are plenty of unique movements not taught elsewhere. I particularly like the double mace section. I have not seen double mace taught in an organized manner anywhere else! The final flows bring all the concepts together. If you enjoyed the original master class, don’t hesitate on this. 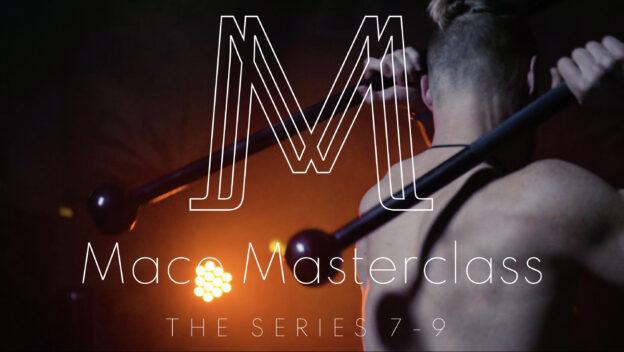 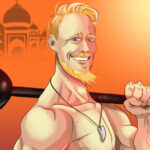