A platform about teaching essential skills for rotational training equipment to gain mastery in using momentum.

Dutch Flow Academy was founded in 2017 with the simple goal of bringing flow and functionality into movement. Harbert became obsessed with the mace, aka steel mace, or macebell, and this led him to pursue the history of the mace by documenting its origins in India. He also taught multiple workshops and reached hundreds of people through his online teachings. Dutch Flow Academy brings his knowledge to a worldwide platform where you can learn the skill to master and teach rotational training equipment. Our mission is to give you the freedom to move through skill, flow, and creativity. As a philosophy we harness six principles to apply on swinging an object. 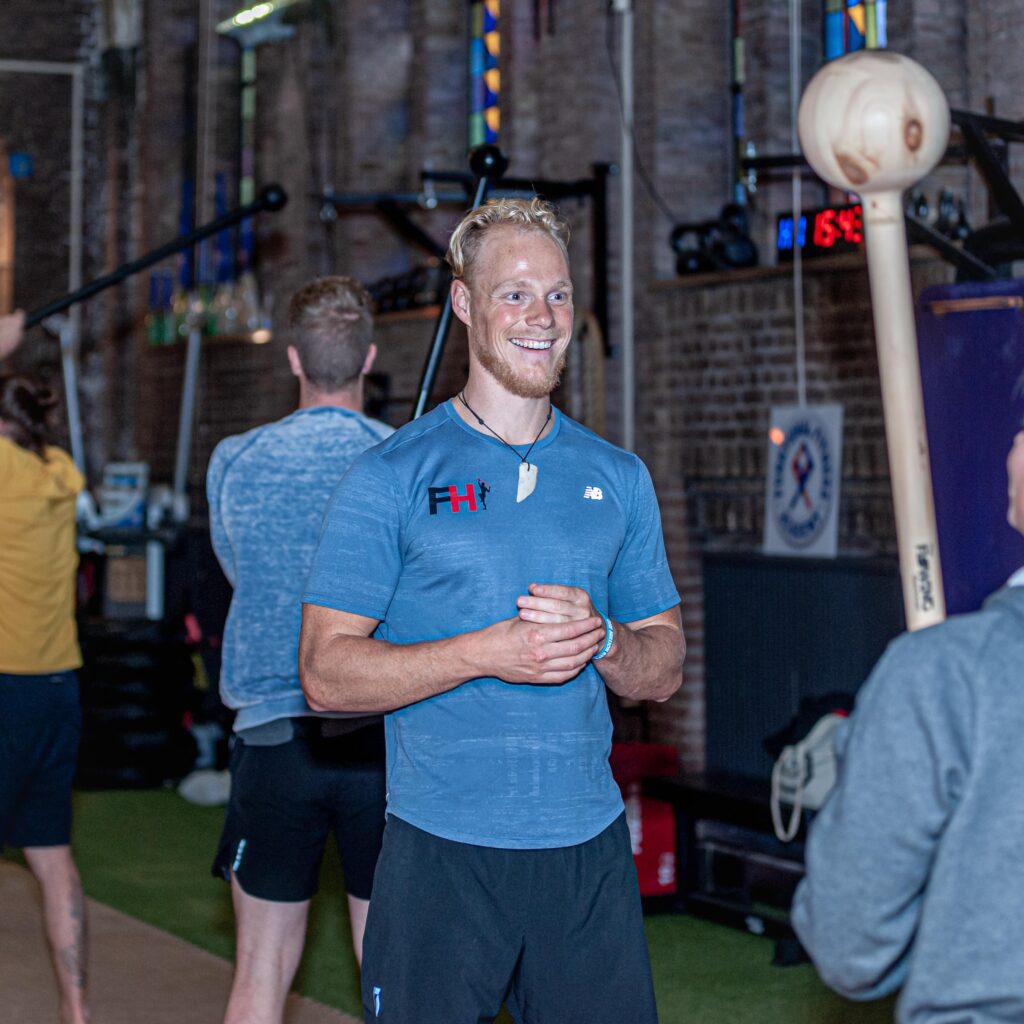 Freedom of Movement stands for the ability to move whenever you want to or need to. This translates to development in coordination, strength, mobility, and conditioning. We believe skill, creativity and flow will add another dimension to your freedom of movement.

Skill is about developing coordination and neural pathways. You must be able to control your body to control the tool. Mastering a movement pattern has to be prioritised before weight or complexity.

Remember when you were a child and movement was exciting? Adding creativity to your movement practice adds the element of play and intellect. We coach and empower you to create your own movement and to play with it as an antidote to all the seriousness.

Flow in our context can be interpreted in two ways. Flow stands for the flow state that appears when you're fully engaged with what you're doing. Flow also alludes to the seamless transitioning between movements, making the tool an extension of the body.

The direction of my life changed drastically when I finished my studies at the university. I decided to pursue my dreams and founded Dutch Flow Academy back in 2017. At that time I became obsessed with the mace and started to incorporate that into my personal training and training classes. Even though nobody around me knew about the mace, everyone that touched a mace became enthusiastic. In 2018 I visited the U.S. to meet the big names in the mace community and I got three certifications for the mace specifically.

The mace has its origin in India, where people train with Gadas in Akhadas (ancient holy gyms). I visited India in 2017 for the first time and was captivated by it’s original culture and training styles. After that trip I was captivated and visited India for the second time to pursue the history of the mace. Every culture around the world has had some type of mace as a weapon or tool. It is has been amazing to see a culture that already uses the basic types of movements with a mace for 3000 years. The Gada is basically is a bamboo/wooden stick with cement/stone at the end of it. They have been using the Gada for strength in Kushti wrestling, a specific type of wrestling in India. It simulates throwing someone over the shoulder.

The year after I went to India again to document even more training traditions in India. I still have the same motorbike and I use it when I travel to India. I’ve fallen in love with the country. After India I returned to the USA to give three mace flow workshops and meet more mace people. The USA is the epicenter of the mace as we know it in the West, and I’m grateful to know so many people that are involved in this. Influenced as I was by everyone that was swinging a mace, deep inside me I knew that those first years of discovering the mace had brought me on a different path that I needed to unveil. Over the years I’ve added multiple programs to the list and a clear foundation and structure has appeared in my approach. This is the Dutch Flow Method, a specific way to look at flow within movement that will unlock your skills with every rotational tool out there.